Ok–so as we sit and wait for the midwife to come and check out Machelle so that we can be discharged, I figured that I could try and at least start writing our birth story. For those of you on Facebook, this will probably be the last post that is made public via that form of social media–so if you love us and can’t get enough–make sure you keep on following!

I am going to start from the beginnings and work my way through..it all started on a cool crisp “almost Fall” Sunday night. In the middle of the night, Machelle woke up with a few irregular contractions. We had been doing everything that we could to make sure she didn’t have to be induced because she said the thought of contractions with pitocin scared her. Anyway–she didn’t mention anything about the contractions to me and both of us went to work.

I had something pretty important to take care of at work that had kind of been looming in the background of everything for a few weeks–Machelle had said as soon as this had been taken care of she would go into labor–it was taken care of Monday morning around 9 am–hard contractions started around 9:30.

Machelle had been keeping me updated throughout the day about how she was feeling but the last that I had heard (at about 3) was that she was headed home and was going to just rest. Around 6 she texted me and said “Can you come home.” I immediately called her and could tell that something was happening.

I left work, and got home around 6:15pm.  Machelle’s contractions were about 10-12 minutes apart and she was able to talk and laugh between them. Everything that had been drilled in to my head said 3-1-1 or 3-1-2 was when you were supposed to call the midwife. That’s contractions 3 minutes apart lasting for one minute for 1-2 hours. So we went and walked around the neighborhood, I ordered pizza, we just killed time.

The contractions kept coming and were coming quicker and stronger. I had already texted Machelle’s family, my family, and our bosses to let them know..this was it and we wouldn’t be able to come to work tomorrow. As the night wore on, things picked up pretty quickly.

At around 11:00 I paged the midwife on call who told us to keep doing what we were doing (getting in and out of the bathtub, bouncing on the birth ball, laying down and just hollering). Machelle’s contractions were only about 41/2-5 minutes apart and had been like that for only 30 minutes. I asked her when I would know it was time to take Machelle to the hospital and she said “Oh, she will tell you” Around 12:10 Machelle said it was time to go and so we went..got to the hospital around 12:20 and were in the triage room immediately. As we were walking in to the triage room, the midwife walked in behind us and stayed right by our side the entire time.

At this point, Machelle is hollering..and I mean it in the nicest sense of the Southern word. She is hollering about being on her back while they have to get a 20 minute test strip of the baby’s heartbeat. She is hollering at the fact that we aren’t in a tub room–she is just hollering–and with good reason. By the time we got to the hospital she was already 7cm dilated and her cervix was paper thin.

They moved us in to a tub room around 1am but Machelle was progressing so quickly, there was no time for the tub–she quickly moved to 8 1/2-9 centimeters and hospital protocol says nobody in the tub after 8. So Machelle, the Midwife, myself and the RN labored on.

Let me stop here and say that if we had not had a certified Nurse Midwife delivering our sweet daughter, I would have never been able to support Machelle. By the time we got to the hospital, I was scared. And she was so incredibly reassuring. She told me things to do and ways to help calm Machelle down and she stayed there the whole time..she never left. It was so incredibly comforting and I am so thankful. Words can not describe my gratitude for that sweet woman.

Machelle quickly progressed to the full 10cm and was told when her body felt like it to push. She told the midwife that she felt like the baby was coming out–and sure enough–she was! The midwife barely had time to get her sterile cover on and caught the baby in that–didn’t have time to put on the gloves!

And just like that–after 14 minutes of pushing, we had a baby girl. The birth was pretty much everything that we had planned for it and more.

Of course there were things we thought we would do that we didn’t or the other way around..but overall it was an amazing birth experience! I feel like people are constantly telling you how terrible their birth experience is..so we are here to give you a glimmer of hope in a catastophizing world. Normal, natural, wonderful births are amazing things and do exist! 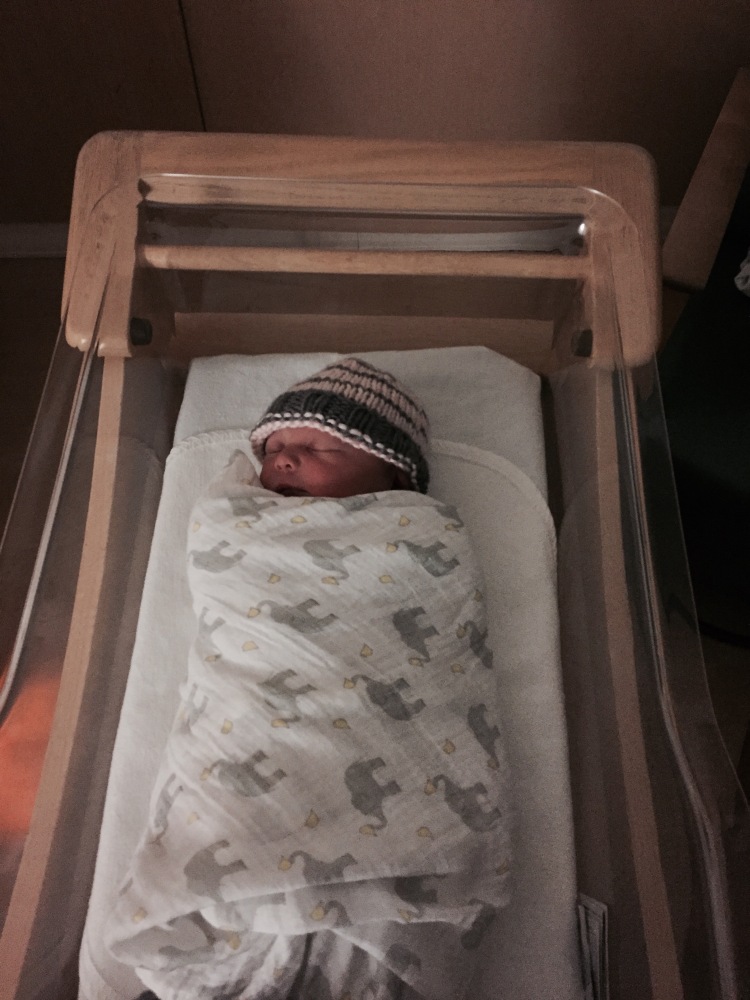