If I had to pinpoint when it started- it would be last Thursday.  I took EJ to dance.  She was excited to go at first.  And we tried a new dance class- a tap and tumble class.

She seemed off…and suddenly stopped participating.  I assumed it was because it was a new class with a new teacher, and with slightly older kids.  I didn’t think much of it.

On Friday, she had cold symptoms- but that’s common- especially with kids in daycare.  It had been raining, so we went to an indoor play area, Fit4Fun to meet with friends.

On Saturday, she seemed lethargic.  Mary took her to the walk in clinic at the doctor’s office.  We were told “something viral and constipation”.  No worries- kids get this all the time.  I put some Miralax in her water, let her rest, kept her hydrated.  We took it easy the rest of the weekend and cancelled plans.

By Monday she still wasn’t better. Nothing serious- just very sleepy, not eating, very low grade fever.  Back to the doctor.  Still a virus, come back if its not better in 2 days.  She wasn’t moving around as much, but probably because she wasn’t eating.  They did some bloodwork, ruled out step and mono.  We mentioned to the doctors that she wasn’t sitting up normally, but shrugged it off- probably weak from a virus…she hasn’t been eating much, so probably a little weak.

By Wednesday she was eating and drinking again.  She was smiling, wanting to play.  So I let her play with some buttons from my craft box.  When it came time for snack, I told her it was time to clean up.  I asked her to put the buttons back in the box.

Everyone had told me that as tots approach age 3, they turn into “threenagers”.  Very defiant little tiny dictators.  She had been home with me all week.  Sometimes, when we play EJ likes to pretend to “be a baby”, like her 4 month old brother.  She wants to be swaddled and carried around.  Its kind of sweet when she wants to cuddle, and so we indulge her.  I was told its common for toddler to regress once the honey moon period of a new sibling wears off.

I’ll spare the details- but I grew up in a less than healthy communication/emotionally intelligent home.  So I try really hard to be a good mom.  Mary and I both do.  I read all of the Triple P Positive Parenting Program articles.  I read about gentle parenting.  I have a calming corner in our house with feeling charts.  I’ve been teaching her how to identify her feelings and squeeze a stress ball when she’s upset.

So when she started crying, whining, saying she couldn’t do anything- I assumed this was a threenager, having a tantrum, refusing to do what was asked.

“Emerson, I need you to clean up the buttons before we can have a snack, please…”

Assuming this was a temper tantrum, I go to her, sit her up and say again, in a stern voice, “Emerson, you know how to clean up your toys.   I can see that you are frustrated, but I need you to get up and clean up these buttons so we can have snack.”

By this time, my patience is gone.

“EMERSON!  Get up.  This is unacceptable.  I know sometimes we don’t feel like cleaning up, but I need for you to make a good choice and pick up these buttons.”

She continues to cry.  I go to her, and if I’m being honest- my patience was gone at this point.  I help her pick up the buttons one by one.  She kind of just touches them, slings them, whining and crying the whole time.

“Little shit” I thought to myself.

“Emerson, You seem very frustrated and tired now…lets go upstairs and take a nap, lets go walk up the stairs and go to sleep…”

She doesn’t get up.

Fuck.  We’ve reached the stage where she’s too tired to listen, to eat, to follow directions.

“You can’t climb up the stairs?”

Uggh.  I thought to myself.  She is too old for this.

“EJ, you can climb up the stairs.  I know you’re tired, but right now your behavior is unacceptable…”

Finally, I pick her up, carry her up the stairs, and lay her down for a nap.

That night she was still off.  I told Mary she needed to go to school the next day, on Thursday

“Are you sure?”  Asked Mary.  Maybe she doesn’t feel well.

Mary seemed unsure.  But admittedly, I steam rolled her. “She needs to go back to school, she’s getting bored here all day…surely thats why she’s so whiney…”

The next morning EJ still wasn’t 100%.  But she ate well, smiled, giggled a little.

We took our time getting ready for school and I dropped her off around 9:00.  I told her teachers she was getting over a viral bug, but was on the path to recovery, had no fever- but call me if you need to come get her.

45 minutes later the teacher called.  She fell, and was unable to catch herself.  She has a goose egg on her forehead.  She wasn’t able to climb the stairs to go down the slide.  She fell again and she couldn’t get up.

Fuck. It hit me.  This was’t behavior related to being jealous of the baby. She really couldn’t do these things.  Mary was right.

I picked her up from school right away.  Just thew the baby in the car and drove right to the doctor’s office.  No diaper bag.  No diapers.  No extra clothes, nothing.  Just keys, wallet, phone and the baby.

I used to work at our doctor’s office- so I called them- and thank God one of the best nurses who knew me answered.  Even though sick walk in hours had ended, she said, “Just come in now, just come here right now…”

EJ was limp.  Her regular PA examined her.  Then got another doctor to come look at her.  They recommended being admitted to the hospital.

Your mind goes from, “She’s being a stubborn toddler throwing a tantrum because you said its time to clean up toys…” to thinking she’ll be next bald kid on a St. Jude’s commercial.

She wasn’t being bad.  She literally couldn’t.

She’s admitted to the hospital.  They do a neuro consult.  We’ve been there for 2 days- getting bloodwork, an MRI and spinal tap.  The staff, nurses and doctors have been amazing.

And we find out she has viral meningitis with cerebellum ataxia- which is what is causing all of these motor issues.  Her brain was impacted by the virus.  She literally couldn’t pick up the buttons.  Or help get dressed.  Or climb up the stairs.  She wasn’t being stubborn.

I should have listened to my baby.  I should have listened to my wife.  My baby was sick.  How could I, as her mother not know this?  She’s never just not done something we’ve asked.  Usually, if you sit her down and tell her what you need and why she does it.  I should have known something was wrong.  Why on earth did I send my baby to school and let her get hurt?  I lost my patience with her.  I raised my voice at her because she wouldn’t pick up the buttons.  And she couldn’t.  Her brain was sick.

Just by coincidence, a previous coworker of Mary’s, who is also a social worker was on the peds floor with her grand daughter.  I told her all of this and how guilty I felt because this was the first time I ever raised my voice or lost my patience with our daughter.

She looked at me and said, “Okay…but what did you do right?”

And it was the first time that I gave myself a little grace.

We kept taking her back to the doctor.

If I hadn’t had let her go to school we may not have known.

We got her admitted straight away.

Once we realized what was going on, we became her advocates.

And now that she’s had all of the testing and can eat- I’m letting her have all of the chocolate cookies, pudding and ice-cream she wants.

I’m still not very forgiving of myself right now.  I feel terrible.

Mary took a break from the hospital to go feed the dogs.  While I was absorbing everything we’ve been through the last 2 days I started crying.  EJ was resting in the hospital bed and poked her head up.  “Mumma, you okay?  You okay mumma?”  I just started bawling and told her that I was okay.  I told her that I was so sorry that I didn’t listen to her, that I shouldn’t have raised my voice, and that next time I promise I will trust her.

But it just seems like a really big mistake. 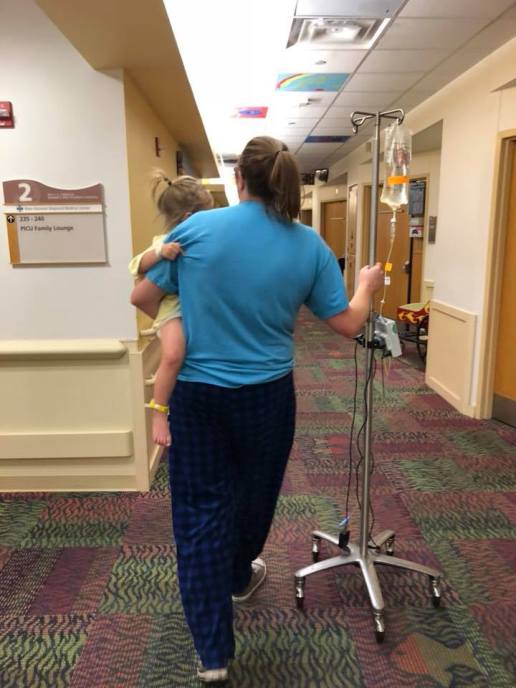 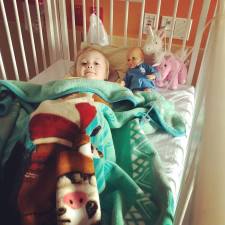 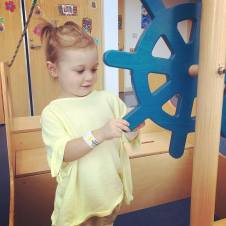 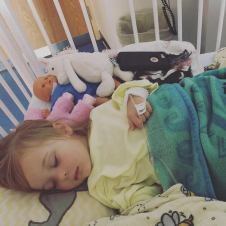 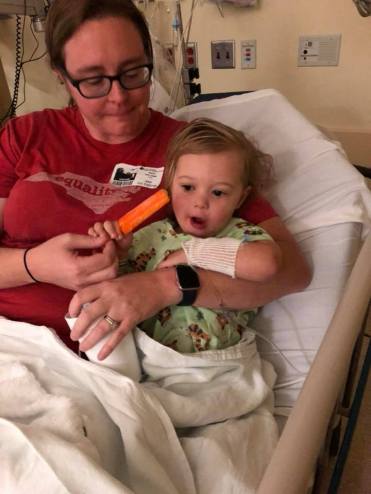 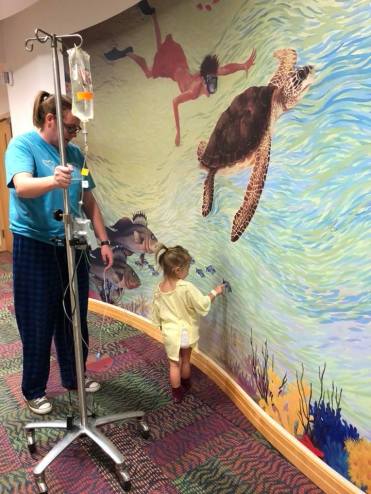 One thought on “But What Did You Do Right?”